Recently, more and more illegal street races have been spotted at night in the city, and they have become a serious threat to public safety. Therefore, the Police Chief has decided to deploy speed cameras on the streets to collect evidence.

You are given a map of the city in the form of two arrays, A and B of length N, and an integer K:

The Police Chief would like to know the minimum length of the longest path out of surveillance after placing at most K speed cameras.

that, given arrays A and B of N integers and integer K, returns the minimum length of the longest path unmonitored by speed cameras after placing at most K speed cameras.

For example, given K = 2 and the following arrays: 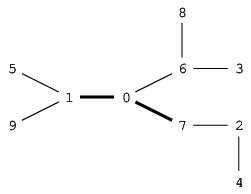